All of us, as part of the Huds and Toke Family, including our ambassadors, are striving to Create Awesome Memories with the pets in our lives by treating them brilliantly.  We are all part of a movement in bringing joy to the world through pets and animals.

The Pet Treats we create are the best in the world with our Gourmet Dog Treats being recognised as some of the most innovative products that can be found anywhere on the planet.

It's a movement, and a message, we are constantly communicating and we all live by it.  If you want to be part of this movement, feel free to join the Huds and Toke Family.

Regardless where you are in the word, if you want a better place, a better community, and more joy in your life, pets, or all sorts, can help achieve this.

The Huds and Toke movement is not only in Australia, it's in Japan, Germany and Europe, Sweden, USA and other parts of the world as well.

Pet people are pet people the world over.  Through pets, we can make a difference.

If you are interested in becoming an ambassador, feel free to contact us and we can expand what the criteria is. 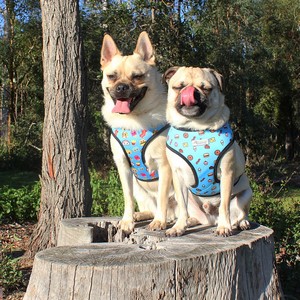 Favourite Toy: Tennis balls - he'll stop eating if you bring one out!

Growing up, I had a pure bred pug called Muffy who unfortunately passed away prematurely from cancer.

I waited 8 years before I felt ready to welcome another dog in my life. I had a look around the shelters, but deep down I knew I wanted a pug... but I couldn't bring myself to get another pure breed pug as it felt like I was replacing Muffy.

Eddy, being 1/4 Chihuahua was the perfect choice - he was the naughtiest one of the litter but boy am I glad I chose him (or should I say he chose me)! He is the absolute love of my life even though he can be a handful at times!

Favourite Toy: Anything that Eddy is playing with...

I wanted another dog pretty soon after I got Eddy, but resisted getting another because Eddy was still so young.

I also didn't know if I could deal with the puppy stage again! I saw Sam's litter being advertised when Eddy was around 9 months of age, and REALLY wanted one from that litter, but I didn't feel like I could deal with two puppies at the same time.

Fast forward 6 months later, one of the people who had originally purchased a puppy from that litter realised she didn't have enough time for a dog, and so advertised him online - as soon as I saw the ad, and confirmed that Sam (then called CoCo) was from that same litter, I drove an hour at 9pm at night and took him home. And never looked back! 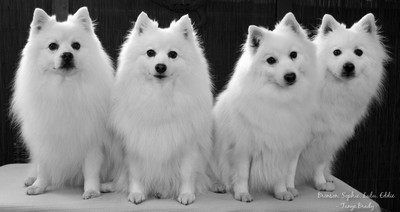 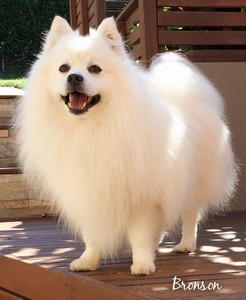 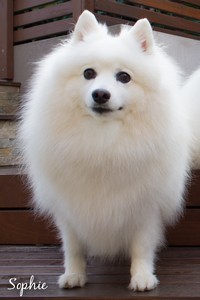 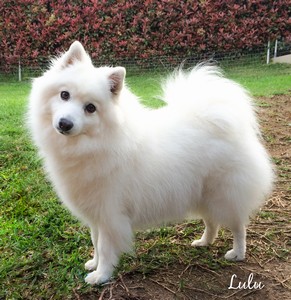 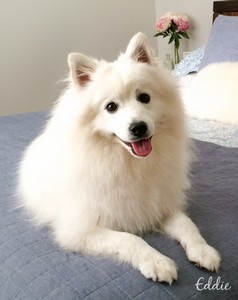 My old dog Nelson has the best character l ever came across, but he's getting old. I retired him from competitive Dancing with Dogs and was looking for a purebred Border Collie to do dancing with and have him trained by Nelson.

That's how l saw MacGyver on Gumtree. He was only 8 weeks old and already a rescue.  I fell in love ... and he was the most difficult dog I've ever had.

He was born into a dark shed with only other puppies and a farmer who threw food ihn ones a day.

MacGyver came with all issues , a puppy can have if not good socialized.  Plus her was fearful and had a tendency to aggression.  That's all gone now, but involved more then a year of intensive training.

I love all my dogs, but MacGyver is very special to me. 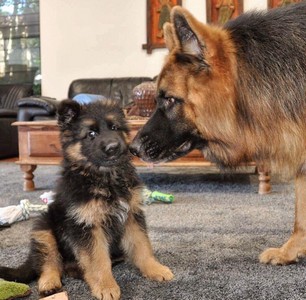 We searched all the german shepherd breeders & found a picture of Chewies dad Monte (who looks like Chewbacca) & we fell in love with him! We waited over a year for Chewie as the breeder was mating other dogs at the time. Chewie was well worth the wait! He's truly one of a kind & I love him to bits.️ 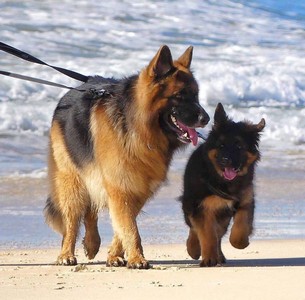 We've always had 2 german shepherds & we wanted to get Chewie a little brother. Jax is from the same kennels as Chewie but they are not related. I just love him so much, he's so adorable & always happy.️