There are Many Ways Pet Dogs provide affection to their owners!

Here are 5 different ways in which they do this!

We all know how awesome our dogs are and how good they make us feel when we are around them.

But how do we know when they are returning the affection which we give them?

There are some obvious actions which they take, however, there are also some subtle behaviours which we need to keep a look out on.

This is the most obvious way we can tell if they are happy with us!  It's a simple way in which they, as dogs, can communicate how happy they are.

Wagging of their tails can be fairly refined to when they first see us, and to when we discuss a walk or around feeding times.....

However, there are many times in-between which don't involve waging the tail.....  at least in the first instance. 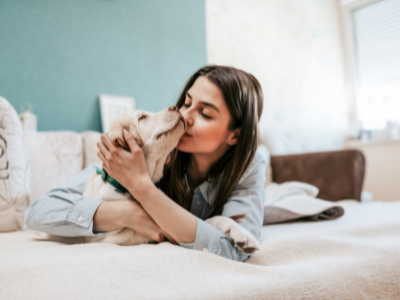 Dogs use their noses for so much, and communication is just one function which they are very good at doing with their snouts.

So the next time they are nudging you ever so slightly with their nose, it's them communicating with you....  Talk back! 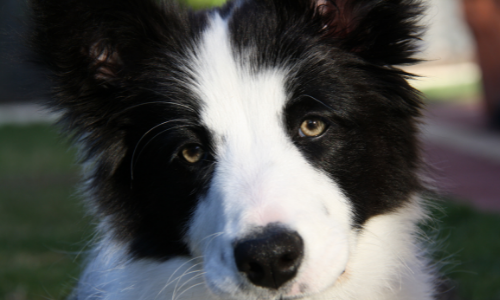 This dove tails in with the Nose Nudges.  When they lock eyes with you, and then nudge you with their noses, that's them speaking directly to you and saying that they love hanging out with you.

They will also often use this method of communication for other things like food, wanting a  Dog Treat, or permission to jump up on the bed next to you among other things.

When they hold  your gaze longer than just a glance, that is them really sharing affection towards you and can sometimes feel like they are gazing directly into your soul.....  It means they love you.

When a dog jumps on you, as annoying as it might be, it is actually their way of trying to get closer to you.

This is absolutely not considered to be good behaviour in many societies, and thus, they need to be trained to show manners.  However, this is simply your pooch trying to be affectionate. 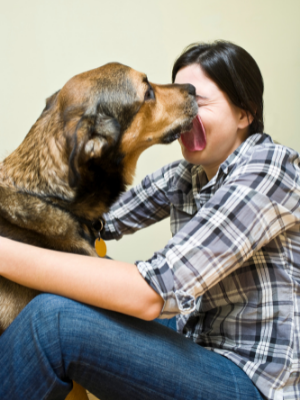 This is another habit which can signify bad manners however, in reality it's just them trying to share their feelings with you.

Dogs lick each other a lot to show respect for those higher up in a pack and to show affection to other dogs.

Therefore, as they see themselves as part of your pack, its only natural for them to show you the same affection and respect by licking.

Some owners love it. Others don't.  Training your do is really important from a manners perspective, but just remember, don't be to hard on them.  They are only trying to show how much they care for you.

Dogs communicate with us, and share affection with us, in many ways.  Sometimes it can be mistaken for bad behaviour and other times it can feel a little smothering.

Just remember, it's really just them showing you how much they care......  Thus, reciprocate and love them back...... they really are a persons best friend.